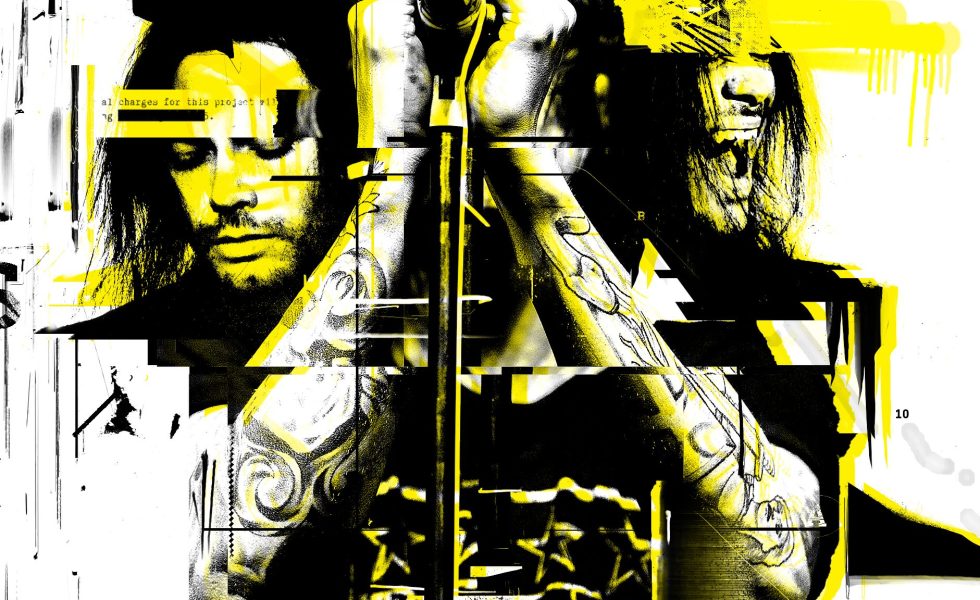 I sat slumped in the driver’s seat of the Bandwagon, waiting for Quetzalez’s call. Overhead the July sun blazed through the driver’s side window to beat on my sweating body like a physical force. The summer air was so thick with humidity it felt like dog’s breath.

All afternoon I’d watched a steady stream of people pour into the Gorey house dressed in bright colors, bearing gifts. From the backyard I could hear the sound of music and voices. The whole neighborhood smelled like roasting meat.

A movement caught my eye in the side-view mirror. In the tarnished reflection, a piece of darkness strutted out into the street and resolved into the shape of a… rooster? I rubbed my face, wondering if I was finally succumbing to heat-stroke, then stuck my head out the window to look again.

A rooster. Pitch black. From crown to claws.

At the far end of the block, a souped-up Chrysler turned onto the street and revved its engine. I could hear the booming bassline of a high-end stereo system over the grumble of a low-end American-made engine. The rooster just preened the long scythe-like spurs on the back of its legs and gave zero shits.

The Chrysler charged forward with the loud, ripping clatter of a glass-pack exhaust system. I scrambled out of the Bandwagon and waved my arms for attention, but the driver leaned on the horn, startling the rooster into half-flight toward my face with claws extended.

I flailed wildly, hoping I wasn’t about to be knifed by its spurs and clamped my hands around a bundle of feathers and fury. The rooster screamed his displeasure and slashed at the air, but I managed to hold on and dodge sideways as the car roared past.

“Fuck you, puto!” the driver shouted out the window.

“Stick it up your ass, fucknozzle!”

The Chrysler roared away leaving me alone with my heart pounding in my throat and ten pounds of enraged poultry in my hands.

A low, gravelly laugh drew my attention to the curb where a decrepit skeleton of a man stood watching me. One of Gorey’s wizard kin, I presumed. His dark suit was open at the collar and I could see the glint of gold chains around his neck through the plume of cigar smoke that wafted around him like an aura.

The old man raised a placid hand and removed the cigar to say something in a language made mostly of z and k.

The old man stuck the cigar back in his mouth and held out his gnarled hands toward the rooster, gesturing for me to hand it over.

“Trust me, you can have him,” I said, handing it over at arm’s length. The old man gripped the bird’s legs between the knobs of two arthritic knuckles and tucked it under his elbow, briefly revealing a blue number tattooed on the inside of his arm. He stroked the bird like a cat and murmured to it in soothing tones.

“Hey bro, I brought you some—” Gorey emerged from the front door with a plate of food in his hand but stopped short when he saw the old man was there. “What’s going on?” His tone suggested that he suspected a trap.

The old man blew a plume of smoke out of his nose and said something that sounded like a vampire reading a haiku. He nodded toward me with an expression of wry amusement. Gorey’s face registered shock and he looked at me.

“You don’t go around touching people’s cocks, dude!” Gorey said. I realized, belatedly, he meant the rooster under his granddad’s arm.

“Christ, phrasing!” I said. “And yeah—it was going to be roadkill.”

Gorey opened his mouth to say something else, but the old man put a hand on his shoulder to stop him. There was an exchange of glances that I couldn’t interpret, and then the old man nodded toward the house and the party beyond. Gorey’s shoulders sagged.

The old man patted his shoulder approvingly and headed toward the house without a backward glance. Gorey waited until he was gone and then offered me the plate, loaded to the limits of its structural integrity with some kind of steaming meat.

“What is all this?” I nodded toward the house, the hubbub, and in the general direction of Gorey’s cleaned-up appearance. He’d swapped out all his steel jewelry for gold and his shirt had a collar. He smelled like a Macy’s fragrance counter.

“Is that a corsage?” I poked a finger at the flower pinned to his shirt pocket and then swiped it upwards into his face when he looked down.

Gorey batted it away. “No, it’s not a corsage, it’s a boutonniere. Duh.”

“Duh yourself.” I realized he hadn’t just cleaned up, he’d been groomed. “Your Ma’s really turning the screws on this marriage thing, huh?”

“You know, here in ‘Murica most people don’t let their folks arrange their marriages anymore.”

“Yeah, well, most people don’t have my folks. It’s all fixed up. I mean, has been for years, but they’re finally getting down to brass tacks.”

“My folks and hers.”

“Dunno. Never met her.” I’d never heard Gorey sound so down. “She’s old, though—like twenty-three, or something, which probably means she’s hideous. Her family’s loaded—did pretty well in the housing crash—people were just walking away from their houses—it was a golden age…” He looked sorry to have missed it. I let my brain catch up with Gorey’s brand of logic in which twenty-three constituted old and the Great Recession was a golden age.

There was no such thing as a normal conversation with Gorey.

“Yeah. This property they own. Some house in Humboldt Park. They think it’s cursed. They want us to take it off their hands.”

Gorey shrugged. “The hell do I know? They’ve had a run of bad luck since they got it and now, they can’t sell it, so they’re trying to foist it on us as part of the bride price.”

“And second of all, they’re giving you a house?”

“It is a shitheap.” Gorey underscored ‘shitheap’ in a tone that spoke of black mold, lead paint, and a possible history of murder-suicide. “Would you want to live in a shitheap?”

I gestured pointedly toward the Bandwagon. A shitheap. My current abode.

“Look, if they’re gonna make you get married anyway, why not take the house? I’ll live there so you don’t have to. Your family’s happy; you’d be doing me a solid. Win, win.”

“Yeah, but I still gotta get married.” Gorey protested as my phone buzzed in my pocket. I glanced at the screen to see a text from Quetzalez: Headed your way.

“That sounds like a ‘you’ problem. I gotta go.” I stowed the phone in my pocket and headed toward the Bandwagon.

Gorey looked alarmed at the thought of me leaving him. “Go? Go where?!”

“Storage facility. I got a unit.”

“You been holding out on us?” I caught a note of reproach in his tone; like he was actually hurt to discover there was some part of my life I hadn’t shared with him.

“Yeah, and good thing I did. Or Hex woulda taken that too.”

Hex had been our manager for years: the kind of guy who had more ambition than luck, and who occasionally got left behind at rest stops. He’d disappeared somewhere between El Paso and Denver and no one had heard from him since. Our money had disappeared with him. All of it. Every cent. Our shared storage unit had gone into default and all our belongings had been sold at auction. Cash transaction. No way to trace it. But I had a unit in Chicago, and I paid for it through my attorney, which meant it was now the last source of any value I had to my name.

I gestured toward the Bandwagon.

“I gotta stash our gear somewhere. You know, if I’m going to be living in the van.”

“Fine. Fine!” he said in exasperation. “I’ll ask about the damn house… Christ, the things I do for you…”

“You’re a prince among men.”

“And you can suck a garlic cat fart directly from my asshole.”

New chapters released every week. Come back and read the next chapter absolutely FREE!!

Don’t want to wait? Purchase a copy of the full book here: www.amazon.com

Gwydhar Gebien is a writer, an artist and a filmmaker; originally from Chicago now transplanted in Los Angeles in pursuit of a career in film production. She is still *pretty sure* her subversive sense of humor would do well in a television writers' room.

With a background in theatre from Illinois Wesleyan University and a master's degree in film production from University of Southern California she is putting her training to good use at Warner Brothers Animation on adult content that she is not currently at liberty to discuss.

An eldritch creature of introverted disposition, Gwydhar, lives a quiet life in a pink house with her husband and a cat and a minivan, but can occasionally be coaxed out into the open with music, snacks, or a single-malt whisky.